To intake the ocean’s
stories and legends

The name Ha Long is derived from “Descending Dragons”.

Halong Bay’s innumerable islets dotting the emerald waters of the Gulf of Tonkin conjure up images of a watery Milky Way. It is truly one of the wonders of Vietnam, and as are all wonders, this one, too, is shrouded in legends.

When the country was under attack, the Jade emperor sought the help of the mythical creature. As the invaders advanced, the dragon spat out pearls and jewels which, upon making contact with the sea, were instantly transformed into small islands, thereby blocking the enemy’s passage. Peace restored, the dragon chose to reside in the calm waters of the bay.

One can well-nigh believe this myth as we gaze upon this enchanting, captivating landscape. 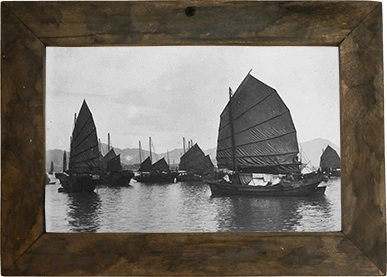 A site blessed by the gods

Halong bay was, for many a decade, the scene of countless epic naval battles. While this natural labyrinth played a part in thrice bringing the neighboring Chinese to a halt, it also provided a refuge for the numerous pirates that once plundered the Gulf of Tonkin.

Today, it is host to one thousand six hundred inhabitants who reside in floating houses and who work, for the most part, in fish farming or pearl farming. While cruising on the bay, one can observe fishermen leaving their floating homes to climb aboard their small bamboo boats in the hopes of hauling in a good catch. Tourism notwithstanding, the bay is host to a rich biodiversity of tropical ecosystems including mangroves, coral reefs, sea grasses, as well as preferred habitats for shrimp, fish, squid, and other indigenous sea creatures.

A site blessed by the gods

Halong Bay is situated in the Gulf of Tonkin, in Quang Ninh province, in the northeastern part of Vietnam, 170 km east of Hanoi. It boasts 120 kilometres of coastline. Thanks to its 1,969 karst islands, Halong Bay was, in 1994, deemed worthy of inclusion on the list of UNESCO World Heritage sites.

This landscape, ephemeral within the scope of the earth’s history, comprises the largest marine karst in the world. Halong Bay’s karst is of significant scientific value in terms of geomorphology and geology. It gives us insight into its structure: the ocean floor, previously coated with fossilized limestone sediments, rose up, broke up and eroded, and the permeating acid rains transformed the stones into a veritable lacework, both above and below the surface of the water.

We are transcended to a legendary world by the limestone spires, pillars and arches, seemingly magically arising out of the water. We are transported to ancient times, to mythical stories of mineral outcroppings, caves, caverns and gorges, frozen in time by the unmoving stones.